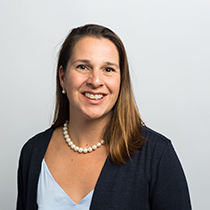 Suzanne Buck is the Head of School at Western Reserve Academy, a boarding and day secondary school in scenic Hudson, Ohio. In the school’s nearly 200 year history, she is the first woman to serve in this role.

Suzanne began her career at Westminster School (CT), where she worked in the office of admission, served as director of financial aid, coached field hockey and lacrosse, and ran a dorm. She continued her school work at Fay School (MA), where she served as both director of the international student program and director of admission. Suzanne then went on to work at New Hampton School (NH), where as director of enrollment management, she worked collaboratively to increase applications by more than 50%, and to significantly enhance process selectivity and yield. For five years she served as Rector/Head of School of Chatham Hall (VA) where she and her team worked collaboratively to exponentially increase net tuition revenue, break fundraising records, and to implement new emotional wellness and academic systems of support.

Suzanne has presented at multiple conferences including those sponsored by The Enrollment Management Association, The Association of Boarding Schools (TABS), and Independent Educational Consultants Association (IECA). Suzanne is Vice Chair of the Enrollment Management Association’s Board of Trustees  as well as Vice Chair of the TABS Board of Trustees. She holds a Master’s degree of Science in Clinical Social Work from Columbia University and a Master’s Degree of Education from Harvard University.