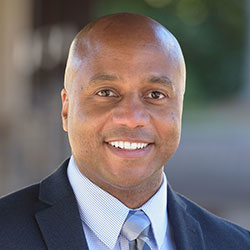 Director of Admissions and Enrollment Management

Brad was a member of the 2001 Admissions Training Institute in San Diego and is serving in his third year as a member of the ADI team. In his free time, Brad enjoys running, cycling, Manchester United Football, and taking long walks with his mini-schnauzer Baxter.