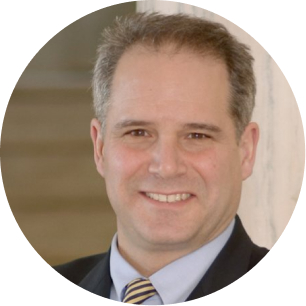 Director of Admissions and Financial Aid

John Hutchins began his career in independent schools as a teacher at Gould Academy in Bethel, Maine. He taught mathematics; coached soccer, skiing, and lacrosse; and served as a dorm head and student adviser. While at Gould, John helped to implement the 8th-grade program, an optional winter term for competitive ski racers, as well as the rock climbing program. After seven years of teaching and coaching, he joined the Admissions Office and was, over time, an assistant director, associate director, director of financial aid, and director of admissions and financial aid.

Prior to joining Exeter, John spent 5 years at Mercersburg Academy in Mercersburg, Pennsylvania, where he was senior associate director of admissions and financial aid. His responsibilities included, among other things, oversight of the school's financial aid program. At Mercersburg, he became involved with the outdoor program and led a student climbing trip to the Cordillera Blanca in Peru, where he had been on three personal climbing trips. In addition to climbing and skiing, John enjoys spending time with his wife, Susan, and their two children, Jack and Elizabeth.