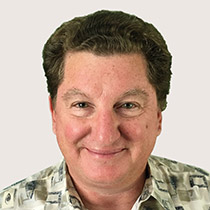 Ed Curley is an assessment specialist IV in the reading assessment II group, part of the higher education assessment area of the assessment development division at Educational Testing Service, where he has worked since 1978.

Current responsibilities include developing SAT Reading materials and assembling and reviewing SAT Reading pretests and operational forms, work that he has done successfully throughout his career at ETS.

A significant topic of Mr. Curley’s research publications and presentations has been differential item functioning for gender and ethnic groups, with a new paper in press now focused on gender performance on SAT Reading sports and science passages and items. Other research topics have included test equating and scaling, test speededness, test preparation, the interaction of test content and validity, the development of language skills tests, and the content changes to the SAT that were introduced in 1994 and in 2005.