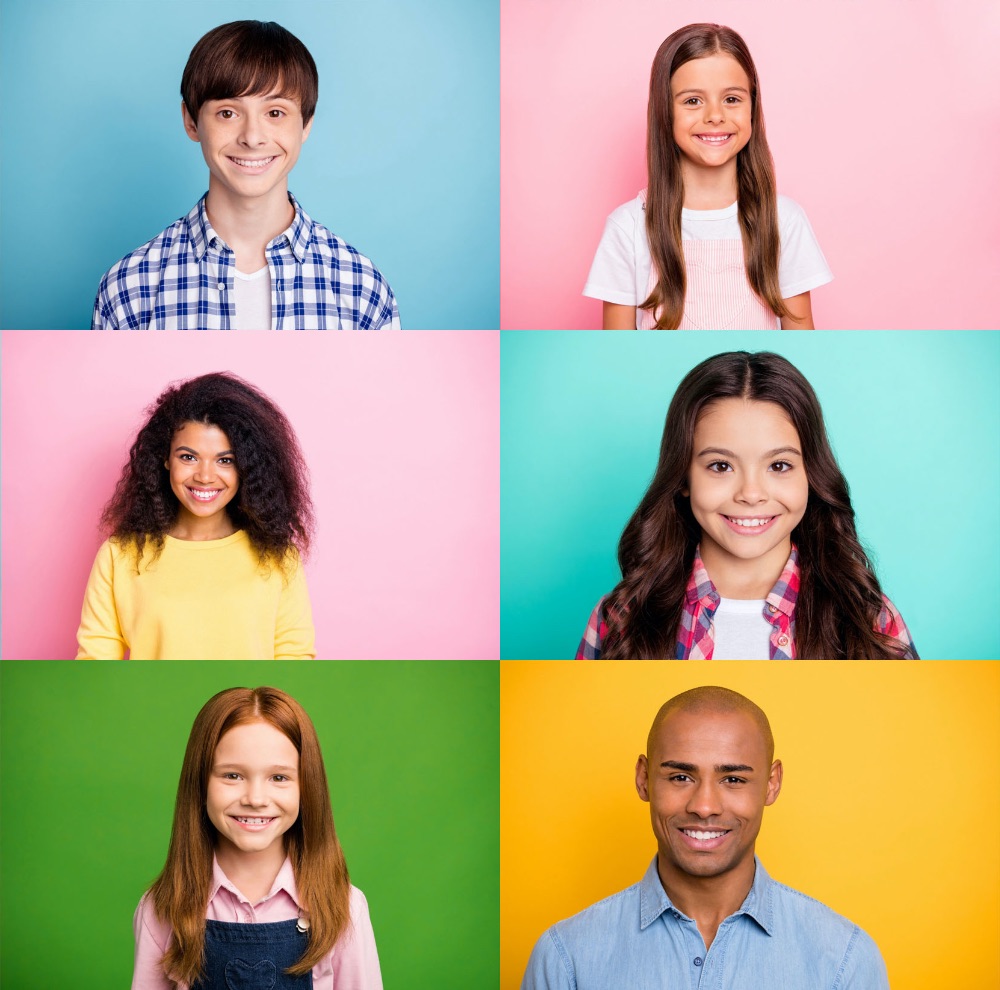 Admissions professionals need an equitable way to assess applicants, regardless of their background or experience.

Since 1957, the SSAT has been their indispensable solution.

Developed by EMA to standardize the admissions testing process, the SSAT measures the basic verbal, math, and reading skills students need for favorable performance in independent schools. It has proven to be an exceptionally valid indicator of first-year student success.

Without a reliable test of cognitive skills,

it is impossible to compare applicants from a variety of diverse backgrounds.

EMA administers The SSAT
to more than 70,000 candidates each year.

Our testing experts continually monitor The SSAT to ensure it remains:

The SSAT is written and reviewed by independent school educators and content and testing experts. Every question goes through a rigorous standardized process of validation.

The SSAT’s scaled score reliability is higher than .90 (out of a possible 1.0) for both the verbal and quantitative sections and is approaching .90 for the reading section.

EMA offers millions of dollars in fee waivers for the SSAT and the SAO each year for students in need who are seeking educational opportunities with our member schools.

The processes and procedures for the SSAT’s administration are the same for every student at test sites around the world. 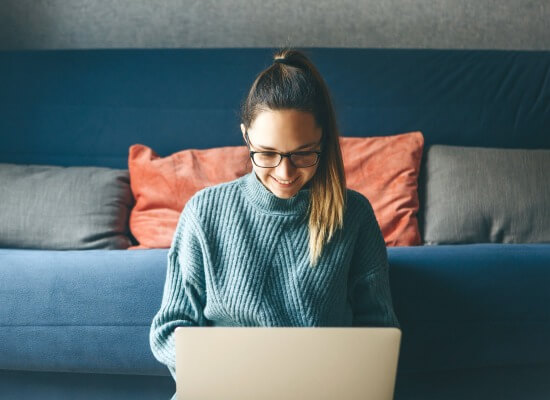 It’s time to reimagine the future of testing — and EMA is at the forefront with the SSAT at Home, a new at-home administration of the SSAT. Supported with artificial intelligence and human proctors, the SSAT at Home has the same content, length, and quality of the traditional SSAT while allowing families to manage health and safety concerns related to COVID-19.

‍Only available in the U.S. and Canada for Middle and Upper Level.

“The SSAT is critical to our work in the admission and financial aid offices. We have two merit scholarships tied to The SSAT, and our admission office appreciates the standardized data points The SSAT gives us when most of the other application data is student- or school-specific.” 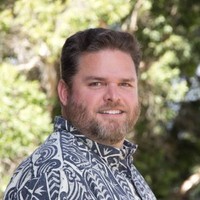 Want to get the most out of every SSAT score report you receive? EMA offers two services to provide you with customized information appropriate to your school's unique needs:

We help you establish a baseline with which to compare incoming applicant scores by testing the cognitive skills of current enrolled students.
Benchmarking Instructions

There are tons of multi-purpose options.
We develop a custom report that gives you a better understanding of where each applicant’s scores fall in relation to currently enrolled students and the previous year's applicant pool.
How it Works

There are tons of multi-purpose options.

Resources for The SSAT

Some of the Schools Benefitting From The SSAT

What is the SSAT?

The SSAT is a standardized test used by admission officers to assess the abilities of students seeking to enroll in an independent school. The SSAT measures the basic verbal, math, and reading skills students need for successful performance in independent schools. It's an indispensable tool that gives admission professionals an equitable means to assess and compare applicants, regardless of their background or experience.

What is a standardized test?

The SSAT is a standardized test used by admission officers to assess the abilities of students seeking to enroll in an independent school. The SSAT measures the basic verbal, math, and reading skills students need for successful performance in independent schools. It's an indispensable tool that gives admission professionals an equitable means to assess and compare applicants, regardless of their background or experience.

How is The SSAT given?

From the moment you are admitted to the test center until the time of dismissal, your test administrator follows precise instructions for the proctoring of the SSAT. Any deviations from these uniform testing conditions are reported immediately. Of course, a student with a disability may apply for testing accommodations, but the processes and procedures for the test's administration remain the same for every student.

There are two types of SSAT administrations:

Levels of the SSAT

There are three SSAT levels:

Who writes The SSAT?

The SSAT is written and reviewed by independent school educators and content and testing experts. Once a test question is written, it is thoroughly reviewed by a committee that reaches consensus regarding the question's appropriateness. It then goes through a rigorous standardized process to analyze the question and its answers. Once questions are proven statistically sound, they are assembled into test forms. The distribution of question difficulties is set so that the test will effectively differentiate among test takers who vary in their level of ability.

Is The SSAT reliable?

The SSAT is highly reliable. According to recent studies, SSAT scaled score reliability is higher than .90 (out of a possible 1.0) for both the verbal and quantitative sections and is approaching .90 for the reading section, which is considered quite high.

How are my scores compared to others?

Norm-Referenced Tests report whether test takers performed better or worse than a hypothetical average student, which is determined by comparing scores against the performance results of a statistically selected group of test takers (the norm group), who have already taken the exam.

Criterion-Referenced Tests are designed to measure a tester's results against a fixed set of predetermined criteria or learning standards and interpret a test taker's performance without reference to the performance of other test takers. (For example, your percent correct from a classroom math test is 90% because you answered 90% of the questions correctly. Your score is not referenced to the performance of anyone else in your class.)

Why is this important?

It's important to remember that your SSAT scores are being compared to those of a very specific group of students. The SSAT norm group consists of all the test takers (same grade/gender) who have taken the SSAT for the first time on one of the Standard Saturday or Sunday administrations in the United States and Canada over the past three years. SSAT score reports feature percentile ranks, which are referenced to the performance of this norm group. For example, if you are an 8th grade boy and your gender/grade percentile rank on the March 2016 verbal section is 90%, it means that your scaled scores are higher than the scaled scores of 90% of all the other 8th grade boys who took a Standard SSAT in the United States and Canada between 2012 and 2015.

An SSAT scaled score may have a different percentile rank from year to year, depending on the pool of students who take the SSAT, and the SSAT percentile ranks should not be compared to those you may receive on other types of standardized tests, because each test is taken by a different group of students.

The SSAT norm group is highly competitive; your results are compared only with other students (same grade/ gender) who take the SSAT to apply for admission to some of the most selective independent schools in the country.

No items found.
Check back later as we add more FAQ's! 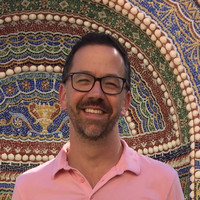 “Benchmark testing allowed us to know the range of kids we already had in the building and gave us a better idea of the students we are capable of serving. This informed us in a way that made our admission gateway even more open - a surprise to those who were worried that an admission assessment would limit admission.”
— Nick Kent, Deputy Head of School, Jakarta Internacional School (Indonesia)

Eric Barber, director of enrollment management at Crossroads, believes The Character Skills Snapshot will help level that playing field. It will also help us “differentiate our admission process from the competitor schools, in that we really are showing that we care about the entire brain and the entire kid, because that's who we are as a school.”

Fill out this form to get started!